Chairman Mao Zedong, the founding father of modern China, remains a hugely controversial figure and his legacy is still up for debate. Nevertheless, he remains a presence in cities across China, with more than 2,000 statues built to commemorate him -- the latest of which is gigantic and gold.

The 120 foot tall mega-Mao, which is built from steel and concrete and decorated in gold-coloured paint, reportedly cost 3 million yuan (about £312,000).

The statue towers over Tongxu county near the city of Kaifeng in the Henan province, one of China’s poorest regions and one of the areas hit worst by the 1950s famine caused by Mao's "Great Leap Forward" push for industrialisation. Mao, who ruled China until his death in 1976, has been blamed for the almost 45 million lives of of Chinese citizens taken by the famine, but despite that he is still widely revered. 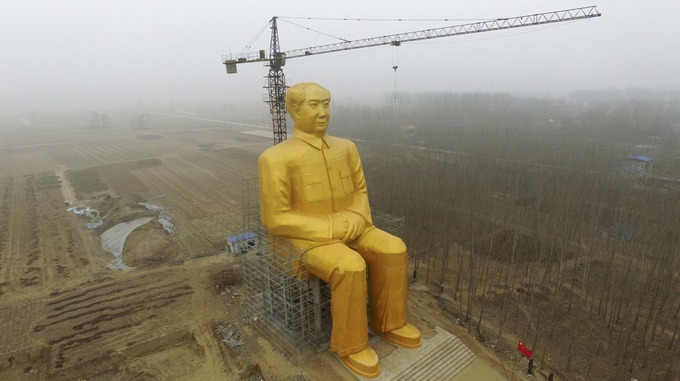 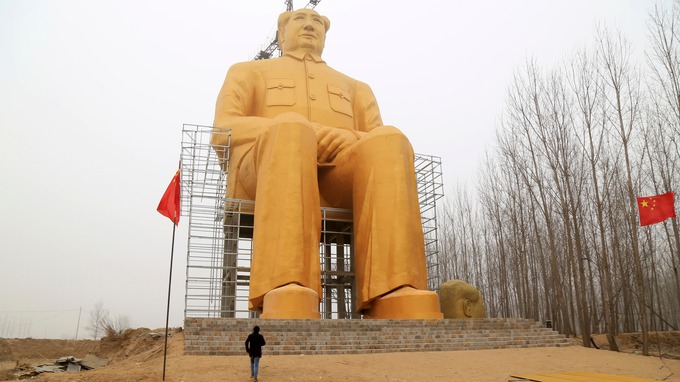 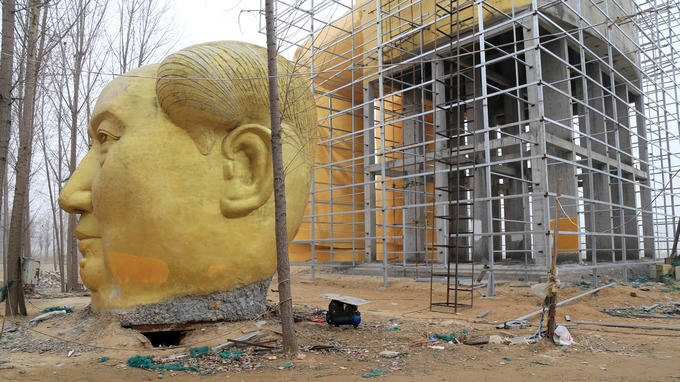 Commemorating the Chinese Marxist who was the longtime leader of the country’s communist party, serving as chairman both of the People’s Republic of China and the Communist Party of China, the statue hasn't been welcomed by locals. Many have pointed out that the money could have been allocated to alleviate poverty in the area, as well as the fact that the project reduces valuable farmland, pushing the country toward “a return to the Cultural Revolution.”

China's communist leadership tightly controls public discussion of history, and even the current President Xi Jinping has praised Mao as a "great figure" and revived some of his rhetoric and centralisation of power. In 2013, the 120th anniversary of Mao's birth, Xi promised to “hold high the banner of Mao Zedong Thought forever”. A gargantuan gold statue seems like a good first step.